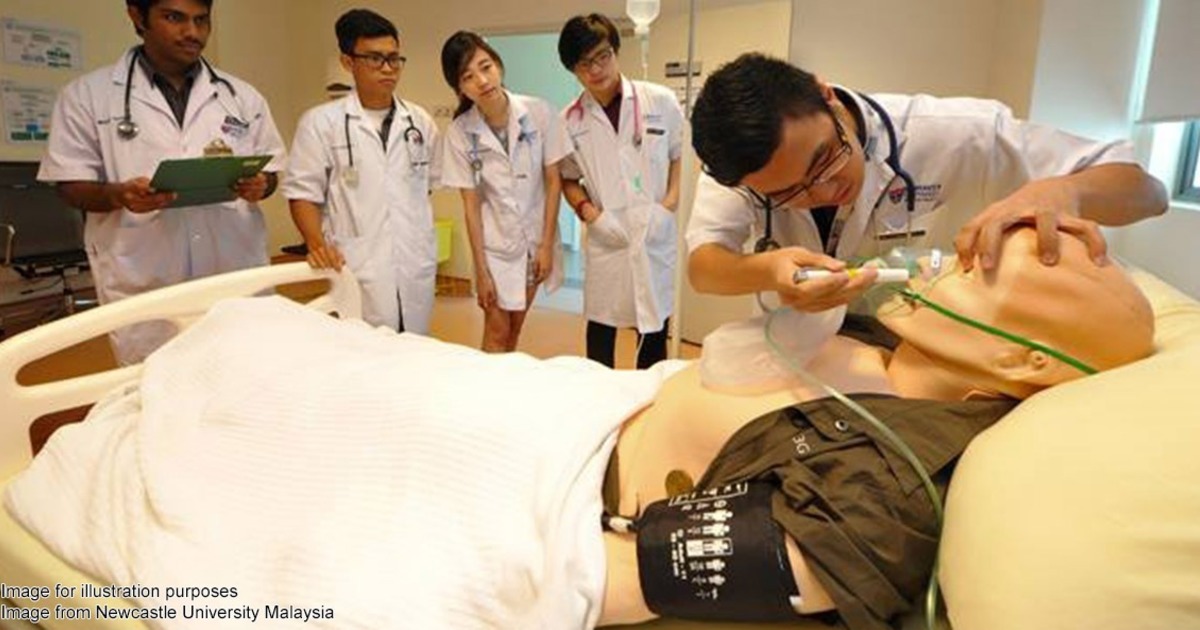 about 1 year ago Ariff Kamil

Organ donations isn’t something you might hear very often, but it actually isn’t new in Malaysia. But it isn’t done automatically, as our country uses an opt-in system, where you need to sign up to have it donated after you pass away.

But what if, instead of saving a life with your organs, you wanted to donate your body for other purposes? Maybe you’d fancy having your deceased body to be used by doctors to study and practice surgery on. Or for the adventurous: have it turned into a work of art.

Do our laws actually allow that?

There’s an Act for that

Surprisingly, yes. The law that governs body donation is called the Human Tissues Act 1974. And as we found out, donating your body is a pretty simple process. We consulted a lawyer, Fahri Azzat, about this.

Under Section 2(1) of the Act, one of the ways is to do it in writing, which essentially is writing a will. In it, you can request certain parts of your body, or your whole body, be used for medical or research purposes.

“Yes, you can. Section 2(1) reads: "(1) If any person, either in writing at any time, OR, orally in the presence of two or more witnesses...." That could refer to a Will. Sometimes I include the disposal of the cadaver as part of the testator's wishes.” – Fahri Azzat, lawyer, (emphasis added)

The other way to do so, is by verbally informing two or more witnesses of your intentions. However, it must be done during your “last illness”, which is your dying moments. So in case you forgot to write it down, you still have one last chance to do so.

Interestingly, the law does not discriminate between Muslims and non-Muslims, or any other religion for that matter. So as long as you’ve made a will or a final request, your body can be given to science.

What if your family disagrees?

Even though you yourself might like the idea of donating your body or organs, your family members might not agree to it. And if they object to it, they can stop your organs or body from being donated.

According to Section 2(2) of the Act, the organisation can only use your body, IF they’ve done a reasonable inquiry, and have no reason to believe that:

This is quite common in Malaysia, where family refusal rate for organ donations is at 57%. According to director-general Dr Noor Hisham, there is still social stigma about organ donations, as well as religious and cultural beliefs against it. Currently, Malaysia has one of the lowest rates of organ donation in the world. Our rate of deceased organ donation is at 0.7 pmp (per million population), compared to countries such as Saudi Arabia (4.5 pmp) and Iran (2.9 pmp).

Sometimes, your family is just worried that your body will be misused, but rest assured. Under the Act, your body can only be used the way you’ve pledged it. Any organ removals can only be done by a medical officer. And before they do so, at least two of them need to make sure that you’re really deceased.

So unless you’ve pledged your body to a suspicious back-alley doctor, your body will be used the way you intended it to.

In case donating your body seems bizarre, it’s not uncommon for doctors to practice surgery on cadavers – which is what we call dead bodies used for those purposes. Practicing on animals aren’t ideal as we’re anatomically different, while practicing with live patients is dangerous because of potential mistakes. Which is why dead bodies are ideal for practice: mistakes aren’t...deadly.

Some programs, like the Silent Mentor Programme, welcomes bodies to be donated for study purposes. A few local universities such as Universiti Malaya, Universiti Sains Malaysia and International Medical University are under the programme. But they require support from family members, so if any family members object, they will not claim the body.

There are also organisations such as Body Worlds (warning: graphic images in the link) from Germany, which turns the human body into anatomical exhibits. Their purpose is to educate people on the human body, and you could see displays such as the human nervous system spread out, to enable us to understand our own bodies better. However, this organisation has courted controversy in the past, due to suspicions about how their bodies were sourced.

Our friends at Cilisos have also written about how unclaimed bodies are used by universities, which you can read about here.

Interestingly, Fahri seemed keen on the idea of donating his body, but does question if it’s still useful by then.

“Yes, I would. I don't know whether it be of any value by the time they have it though, but if they are willing to take it, let's go!” – Fahri

So if you believe in using your body to its full potential, even after you pass away, now we know that you can donate your body to science.