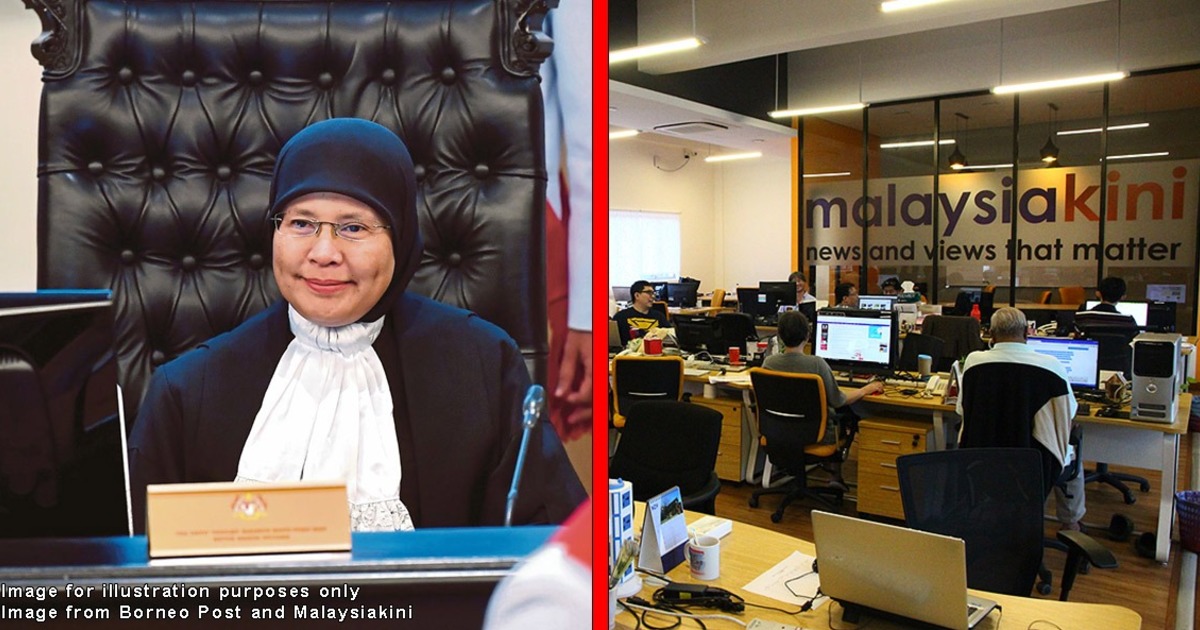 Malaysiakini is charged for contempt of court...because of their readers' comments?

Update 19 Feb 2021: Malaysiakini has been fined RM500,000 for contempt of court, due to comments from readers on their site.

If you’ve been on the internet long enough, you’ve probably heard this advice: never read the comments. It’s because the comment section can attract those who speak from a more emotional place (read: angry), and they might write some...not-very-nice comments.

You would think that it’s not a big deal – but in Malaysia, it can be. Not to the commenters, but to the site where the comments are written.

Back in 2020, Malaysia’s Attorney-General, Tan Sri Idrus Harun, filed an application for contempt of court against Malaysiakini. Not for something Malaysiakini wrote, but for five comments left by readers in their comments section. We’re not sure what the comments were, but you can check the article to try and figure it out. The comments were said to scandalise the court, as it indirectly attacked Chief Justice Tengku Maimun Tuan Mat, exposed the judiciary to public scandal, and would lead to an erosion of public confidence in the judiciary.

You might wonder, how are internet comments considered contempt of court, when it’s done outside of a courtroom? Well, as we found out…

But what exactly is contempt of court? We interviewed a lawyer, Tanusha Sharma, to help explain this.

“Contempt of court to put it simply is you being disobedient or disrespectful to the court and its officers.” – Tanusha Sharma, lawyer, in an interview through email

And being disrespectful to the court can be interpreted quite widely.

“It's what the court deems to be scandalizing the court, but precedence does help.” – Tanusha

Contempt of court also covers more than just insulting the court. There are actually two forms of contempt: civil contempt and criminal contempt.

But regardless of whether it’s a civil or criminal contempt, the result is criminal. This just means that the court will either fine or imprison you for doing so.

If you think you can avoid this by not saying anything in court, think again because...

Contempt of court can happen outside of the court

Now, based on the phrase itself, contempt of court, it might imply that it’s only for doing or saying something in court. But contempt of court does not have to happen inside the courtroom itself. It could happen anywhere, and as the case shows, in the comments section of an article. According to Tanusha:

It might seem excessive to charge someone for insulting the court. But there’s actually a good reason for that.

“The judiciary has always been looked at as an independent body who shall always be fair and deliver justice.  The courts play a significant role in protecting the integrity of the judicial process and to ensure a smooth and fair process in a case. Not only that, if people are free to criticize court officers or disobey court orders, this in a way undermines their authority and could cause the public to lose confidence in in the efficiency or fairness of the judiciary. So this gets in the way of delivering justice in a fair manner." – Tanusha

Basically, the court needs to be able to make their decisions without outside pressure. If we’re allowed to insult the court, they will be under negative pressure to perform. This might affect their judgements, which leads to more negative pressure, which will affect their judgements, which leads to...you can see where this is going. A vicious cycle, indeed.

But there’s still one thing left unaddressed: why is Malaysiakini charged for something their readers did? Well, that’s because...

If it’s on your site, it’s assumed to be yours

Think of it like this: imagine your neighbour was robbed, and the cops were going house to house in the neighbourhood to look for the suspect. They check your house, and they find your neighbour’s missing belongings in your house. Unless you can prove you didn’t put it there, you’re assumed to be responsible for the crime, because the evidence was found in your house.

Similarly, in Malaysia, if someone writes a comment on your website, you’re considered responsible for it. This is stated in Section 114A of the Evidence Act 1950:

114a. (1) A person whose name, photograph or pseudonym appears on any publication depicting himself as the owner, host, administrator, editor or sub-editor, or who in any manner facilitates to publish or re-publish the publication is presumed to have published or re-published the contents of the publication unless the contrary is proved.

Basically, under our laws, if a malicious comment appears on Malaysiakini’s site, they’re assumed to be the one who published, or republished it.

So now that you know this, please be civil with your online comments guys.