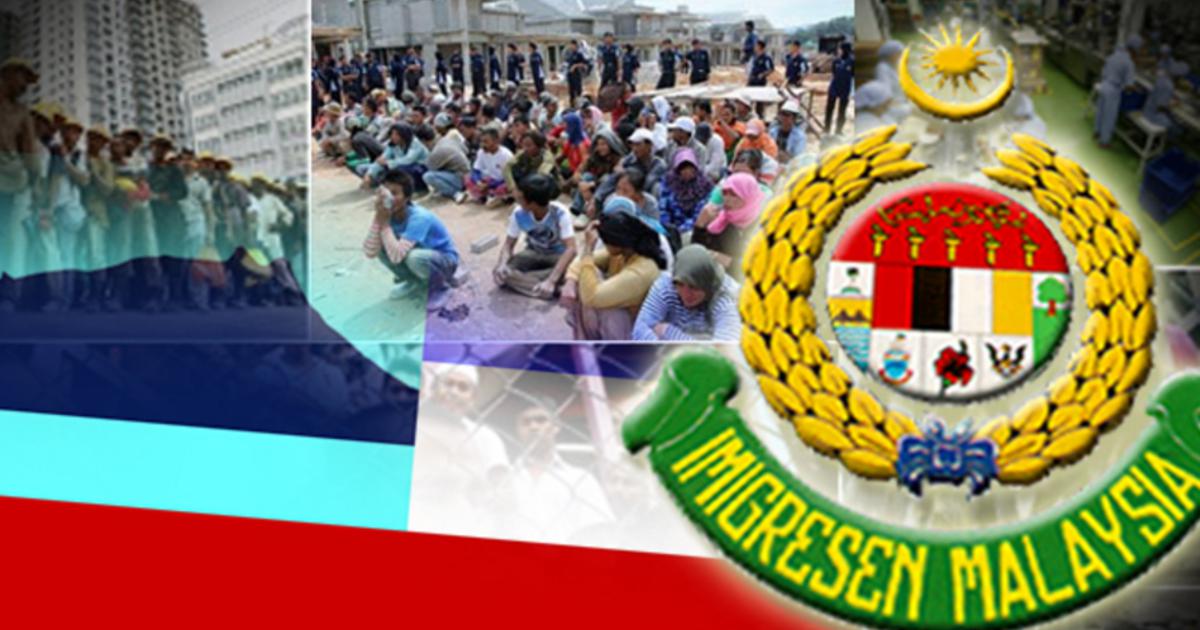 Citizenship ‘possible’ for Sabah illegals BUT in peninsula

Under the Federal Constitution, it's virtually impossible to grant citizenship to illegals in if they continue to remain in the state.

COMMENT The Federation of Chinese Associations Sabah (FCAS) Chief T. C. Goh has clearly stirred a hornet’s nest in Borneo by suggesting earlier this week that 3rd and 4th generation illegal immigrants in Sabah, apparently illegal because they are descended from illegal immigrants, be given “temporary” citizenships and permanent residence if they fulfill the criteria. The caveat is that they must be needed for the labour force in .

He complained that at present elements among the authorities concerned in were not going after unemployed illegal immigrants but only those employed by the Chinese business community. He charged that this was wrongdoing and alleged that certain elements among the authorities concerned were hoping that the employers would “rescue” their detained illegal workers. Otherwise, those detained are deported, “but return by nightfall by the backdoor”, claimed Goh.

Sabah Deputy Speaker Johnny Mositun, in dismissing Goh’s call, described the illegal immigrants, 3rd generation, 4th generation or whatever generation, as “criminals”. He warned that they must be dealt with by "the full force of the law."

Under the Federal Constitution, it's virtually impossible to grant citizenship to the illegals in if they continue to remain in the state. The only way to get around this is for Parliament, with the consent of the and Sarawak Governments, to declare amnesty for the illegals.

Of course, that will never happen because it's a political "hot potato". So, it's better for the illegals in to "migrate" legally to the peninsula with entry permits and secure work permits. From there, they can graduate to permanent residence and citizenship. But how are they going to migrate to the peninsula unless they get valid travel papers from their countries of origin and do these countries still recognize them as citizens or regard them as having lost that status? In the latter case, they would fall into the category of stateless people, of which there appears to be some 350,000 in the peninsula, going by figures claimed by Hindraf Makkal Sakthi, the ad hoc apolitical human rights NGO working across the political divide.

The people in the peninsula, except for the Orang Asli being all descendants of immigrants, will probably accept the illegals in

However, too may need these illegals as labour. That's the dilemma.

One way is for Sabah (and Sarawak) to get migrant workers from , , , , , Timor Leste, and northern to replace the illegals in . The Orang Asal in Sabah and will accept these people. There must also be adequate training opportunities in Sabah and to train the Orang Asal and other locals to help do away with the need for cheap foreign labour. The economy must graduate to a higher level which does not need foreign labour.

Charles Dickens, who started as a Court reporter, may have described the law as an ass but “the law is the law”.

Besides the extraordinary event, the Constitution spells out how citizenship may be obtained.