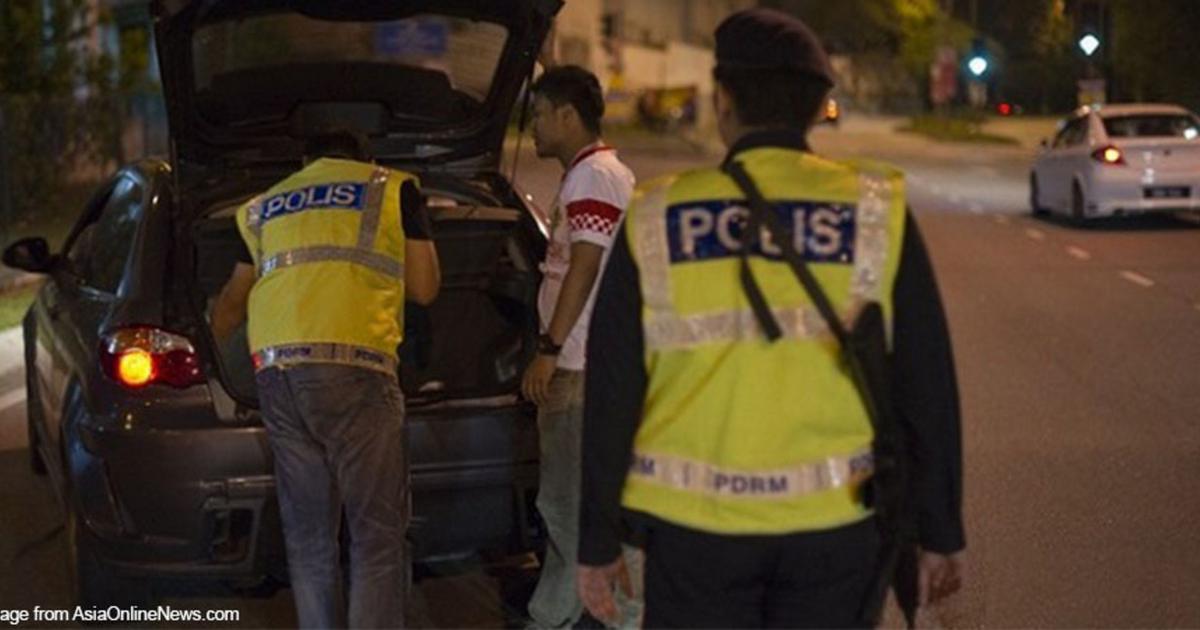 Can the Malaysian Police legally search your car at a roadblock?

It is no news that Malaysians aren’t big fans of road blocks, or being stopped at one. While many of us may see them as an inconvenience, it might be helpful to know why these roadblocks are set up, what the Polis Di-Raja Malaysia (PDRM) may do at these roadblocks, as well as your legal rights if you get asked to pull over.

Why does the PDRM set up roadblocks in the first place?

Before going into the legal aspect, it has to be said that the PDRM usually has good reasons for setting up roadblocks - essentially to make our roads and community safer.

According to Inspector Adrian Bin Kadir from Cawangan Trafik IPD Nusajaya, roadblocks are set up for two reasons:

With regards to detecting traffic offenders, the PDRM inspects which drivers may be committing traffic offences. These offences would include driving without a valid license and/or road tax, or driving while under the influence of an intoxicating substance. As for crime prevention and detection, Inspector Adrian Bin Kadir stated that this would be when the PDRM are looking for persons in their wanted list.

Which laws allow the PDRM to set up roadblocks? 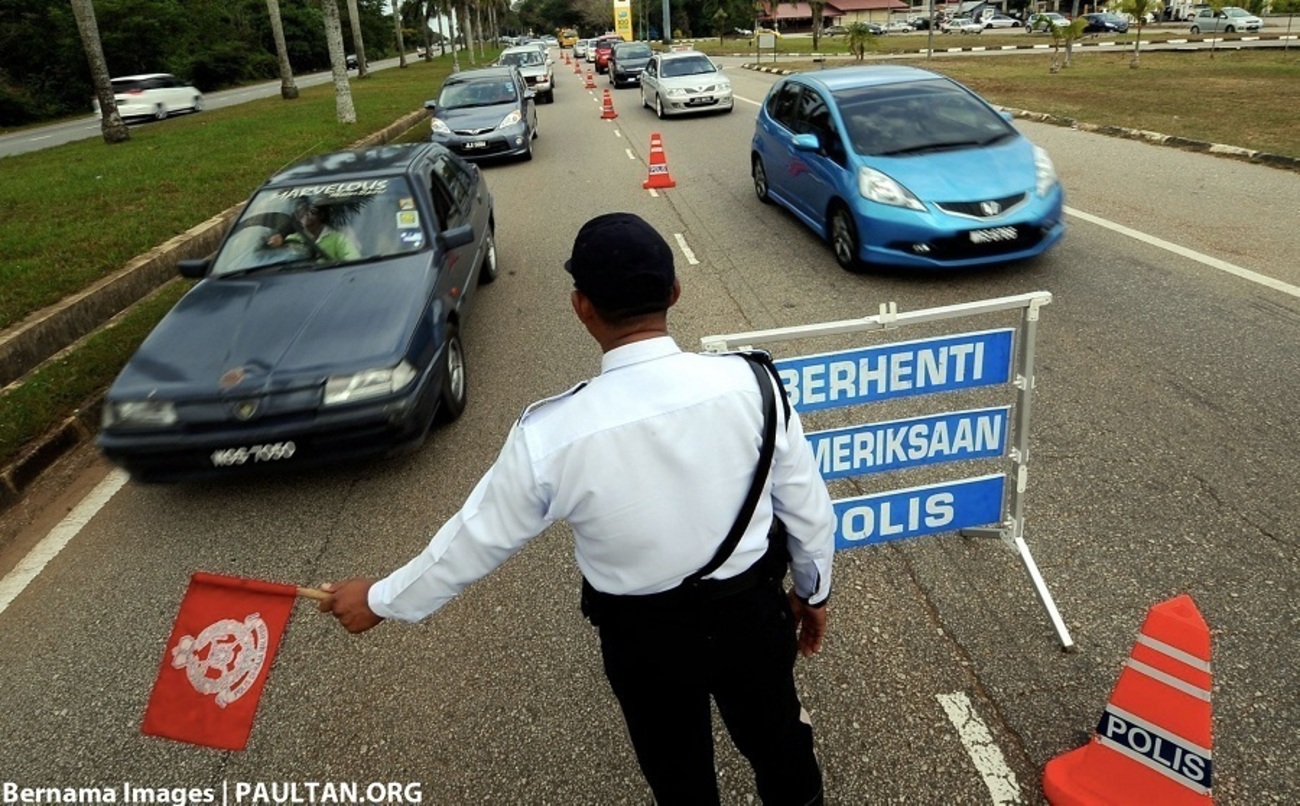 To understand what a driver may be able to do at road blocks, it may help to look at the enabling provisions first. Enabling provisions are sections within the law that gives government authorities their powers to take certain actions. The majority of PDRM’s powers with regards to road blocks come from the Police Act 1967 and the Road Transport Act 1987. For instance:

… any police officer may, if he considers it necessary so to do for the maintenance and preservation of law and order or for the prevention or detection of crime, erect or place or cause to be erected or placed any barriers on or across any public road or street…

In simpler terms, this provision of the law allows any police officer to block access of any public roads for the prevention of crime or to preserve law and order. It can also be said that this law provides a broader form of power to the police to block entire roads, such as during the recent Bersih 5 Rally where blockades were erected along multiple roads leading to Dataran Merdeka.

Notwithstanding anything contained in any other law, any police officer in uniform authorized in writing by a senior police officer of the rank of Inspector and above, including a probationary Inspector, or any road transport officer in uniform authorized in writing by the Director, may, if he considers it necessary so to do for the enforcement of this Act, erect or place or cause to be erected or placed any barrier as prescribed on or across any road in such manner as he may think fit…

In other words, the PDRM basically can set up a road block if it is authorized by an officer with the rank of Inspector or above.

“Generally speaking, a road block must be manned by more than 3 police officers and supervised by an officer of the rank of Corporal or above. Also, the PEMERIKSAAN POLIS sign board must be displayed along with flashing blue signal lights and traffic cones.” - Inspector Adrian bin Kadir, in interview with ASKLEGAL

Do I REALLY have to stop at a roadblock?

Section 26(2) of the Police Act basically says that, if at any time you try to disobey an order of a police officer at a road block, you may be liable to imprisonment for a term not exceeding 12 months or a fine not exceeding RM1000, or both.

However, there’s also the danger that the police might interpret your action of running the roadblock as a criminal gesture (ie. that you’re a wanted criminal on the run from the law), and in those cases… things don’t usually turn out well. An example of this is the case of Sharil Azlan Ahmad Kamil, who was hit by a ricochet bullet after a policeman fired at his car tyres when he tried to reverse away from a roadblock. While it should be noted that the court found that the shooting was not justified (the policemen were not in danger), they didn't award Sharil the extra damages he claimed due to his act of reversing out of the roadblock in the first place.

And yes, they are legally allowed to search your car (!) 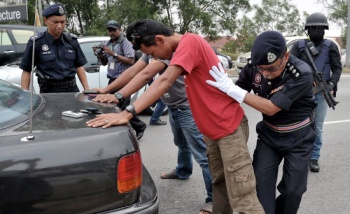 Now that you know you can’t run off at a road block, you’ll probably want to park your car at the side. Right after the usual handing over of documents (I/C and driver’s license), the officer asks you to exit your car to be searched.

Sometimes, even if you have nothing to hide, getting searched by the authorities seems like an infringement of liberty. Can the PDRM actually perform a search on a vehicle, or do they need a warrant?

According to Inspector Adrian, police officers have powers to stop and search vehicles as well as the passengers inside. This comes from Section 24(1)(b) of the Police Act 1967 (read in part) which states:

Any police officer may—

…stop and search without warrant any vehicle or vessel which he has reasonable grounds for suspecting is being used in the commission of any offence against any law in force...

In simpler terms, the police may stop your car to determine whether you have a license to drive your vehicle, and even search your vehicle if he has reasonable grounds to believe it is being used in criminal activities.

Do I have to answer questions by the PDRM at road blocks?

With regards to questions an officer may ask you at a road block, you aren’t required to answer any questions from the PDRM other than confirming your name and address. However, the scenario is a little different if the PDRM is in the process of conducting a criminal investigation - you may be legally bound to provide information in that particular scenario. An example of such a scenario would be when the police set up a road block because a serious crime happened in the vicinity. The police may ask drivers about their whereabouts to determine whether they may be a potential suspect or have any information on the incident.

However, you do not need to provide information which may incriminate you, as per Section 112(2) of the Criminal Procedure Code:

…(any person)shall be bound to answer all questions relating to the case put to him by that officer:

Provided that such person may refuse to answer any question the answer to which would have a tendency to expose him to a criminal charge or penalty or forfeiture.

If you feel that your rights have been violated, you can make an official complaint 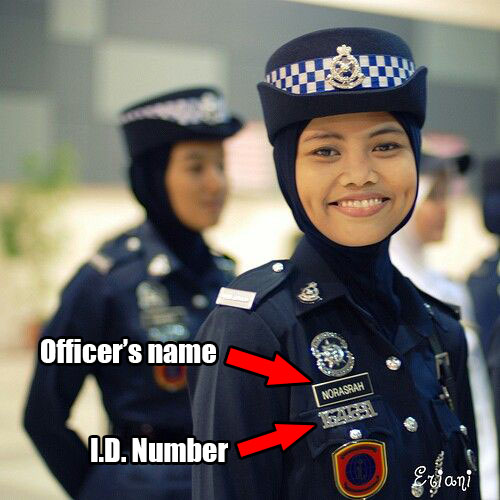 In an article comparing the powers of the police in Malaysia and the United Kingdom, it was concluded that police powers in Malaysia do not preserve citizen's rights as well as they do in the UK. While it is best to follow the instructions given by the officers at a roadblock, it doesn’t mean you have to do it at the expense of your legal and constitutional rights.

If you feel an officer is infringing on your rights or going beyond the boundaries of the law, note the time, place, and the identification number of the PDRM personnel involved. Complaints against PDRM personnel can be made through PDRM's iSPAAA service.