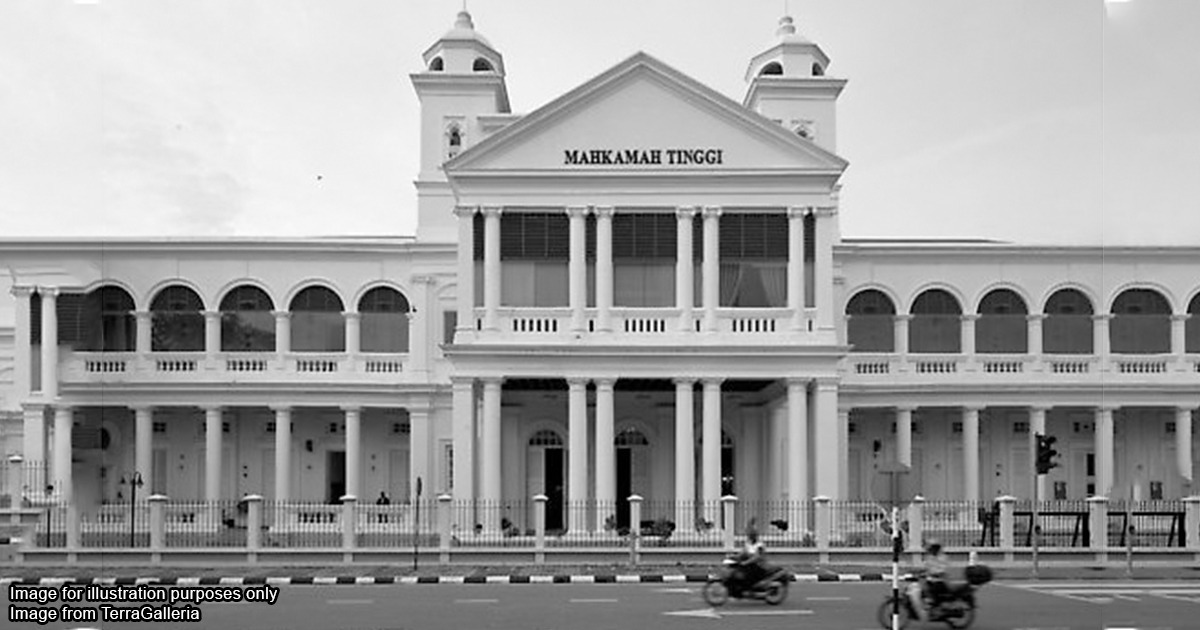 In the 1980s, a mentally-ill man sued the Msian govt...for accepting his resignation

Normally, if you were to send a resignation letter to your employer, they would probably be in the right to accept it. But imagine that you were in the bouts of mental illness, and your judgement is impaired when you wrote it. Not only that, your employers knew you are suffering from it and might have written your resignation letter in that condition. Are they still wrong to accept it?

In the 1980s, that happened to a mentally ill person, and his two brothers decided that it was wrong. They decided to sue the employer for accepting it—but there’s an extra twist: the employer was the Malaysian government.

As we’ll see, they succeeded to go against the government and win their case. This case is still cited until now, because it’s an exception of an exception, where two laws were combined to make a decision. And also, because the government’s lawyer used an interesting tactic: they tried to avoid the case, by saying there is no case in the first place—that the brothers sued too late, way past the deadline.

The teacher with a mental illness

Kanesan s/o Muthusamy was a government school teacher, who started his teaching career on January 2, 1971 in Sekolah Tinggi Muar, a small town in Johor. But just 5 years into his teaching career, he started to suffer mental health issues. He started to go in and out of the psychiatric ward regularly, and during a one month stay in the University Hospital psychiatry ward on November 15, 1976, he was officially diagnosed with Paranoid Schizophrenia.

According to a doctor’s report:

...(he had) an illness characterized by false morbid persecutory beliefs, as a result of which he was uncooperative, resistive and hostile. – Dr N. Raman, Pakar Perubatan Jiwa, Hospital Permai, Johor Bahru.

In his paranoia, Kanesan believed that everyone was out to get him and wasn’t cooperating with the doctors and nurses. But his condition stabilised and he was able to return back to teaching temporarily. To help him ease back into work, a doctor recommended he get a fresh start, and he was transferred from Muar to Sekolah Menengah Jenis Kebangsaan, Melaka on February 1, 1977.

But the new environment wasn’t enough to solve his issues. Just 4 months later, on June 29, 1977, deep in a bout of his paranoid schizophrenia, Kanesan wrote a resignation letter to his headmaster, Phua Chin Chew. Phua, despite knowing that Kanesan suffered from mental health issues, accepted his resignation letter.

The brothers didn’t sue the government on time...or did they?

When Kanesan’s two brothers found out about it, they approached Phua, and asked him to not accept the resignation letter, but to instead consult a medical board—which is a panel of doctors to examine him first. But Phua didn’t respond to their requests. He also ignored a letter from the Consultant Physician of Hospital Besar, Johor Bahru, notifying him of Kanesan’s mental health issues.

Since Kanesan can’t represent himself, him being unsound mind, his brothers applied to the court to be his representatives. But this took some time to happen. After 5 years, on June 13, 1982, Kanesan’s brothers were finally appointed as the Committee to handle his affairs under Section 10(1) of Mental Ordinance Act 1952. Now that they are able to represent Kanesan, the brothers sued Phua and the school board. And since they sued a government school, on June 2, 1983, they technically sued the Malaysian government (we’ll explain more on this below).

Their case: Phua Chin Chew, the headmaster of SMJK Melaka, should not have accepted Kanesan’s letter of resignation, as he was not of sound mind when he wrote it.

According to the medical report submitted as the supporting evidence in the case:

Phua knew about Kanesan’s condition. In fact, they didn’t dispute the report or that Kanesan suffered a mental disability, or that they were wrong for accepting his resignation. Rather, their defence hinged on a technicality: they can’t sue Phua, because they missed the deadline.

You can sue the government...within a certain time frame

As mentioned before, since Phua was a headmaster working for the government, they are technically suing the Malaysian government. When encountering the government in a civil case, there is a special law regulating cases that filed against the government. This is known as the Public Authorities Protection Act 1948, a sort of protection for government servants.

The suit, action, prosecution or proceeding shall not lie or be instituted unless it is commenced within thirty-six months next after acts, neglect or default complained…

So you can sue the government, but you have to do it within three years after the incident happened. The starting date is the day the dispute happened.

But if you have a disability, which in Kanesan’s case, schizophrenia, you’re given a different time frame. Under Section 24(1) of Limitation Act 1953:

If on the date when any right of action accrued for which a period of limitation is prescribed by this Act, the person to whom it accrued was under a disability, the action may be brought at any time before the expiration of six years…

So for people with a disability like Kanesan’s, you can file it against anyone within six years. The starting date is when the disability stops or when there is a Committee appointed.

Now the court has two time frame to consider whether Kanesan has a case:

The court decided that since this is a case against the government, the period of limitation should be three years. The six years period only applies if the Government is not a party. Namely, if Kanesan sued a private school instead, then he can file a case within 6 years.

But the court still has to decide when does that time period starts. Should it start when the resignation was handed, or should it be when Kanesan was either sound of mind or had a committee to represent him?

There are three important dates in this case, which are:

The court decided that for someone who suffers from a mental disability, he can’t file a case until he has a representative, as mentioned under the Mental Ordinance Act 1952. So the time period to file a case starts from the day his representatives was appointed, and not the date he tendered his resignation letter. So the starting date of his is June 13, 1982 when Kanesan’s brothers were appointed as his representatives, well within the three year limitation period.

So the court decided to do two things: They went with the three year limitation period for government cases, BUT, they started to calculate the starting date based on someone with a disability. In effect, they combined two parts of a different law.

This case set a special example for future cases: if two laws are in conflict, they must be read together, and a middle path is taken.

This article is co-written by Tris and Ariff.