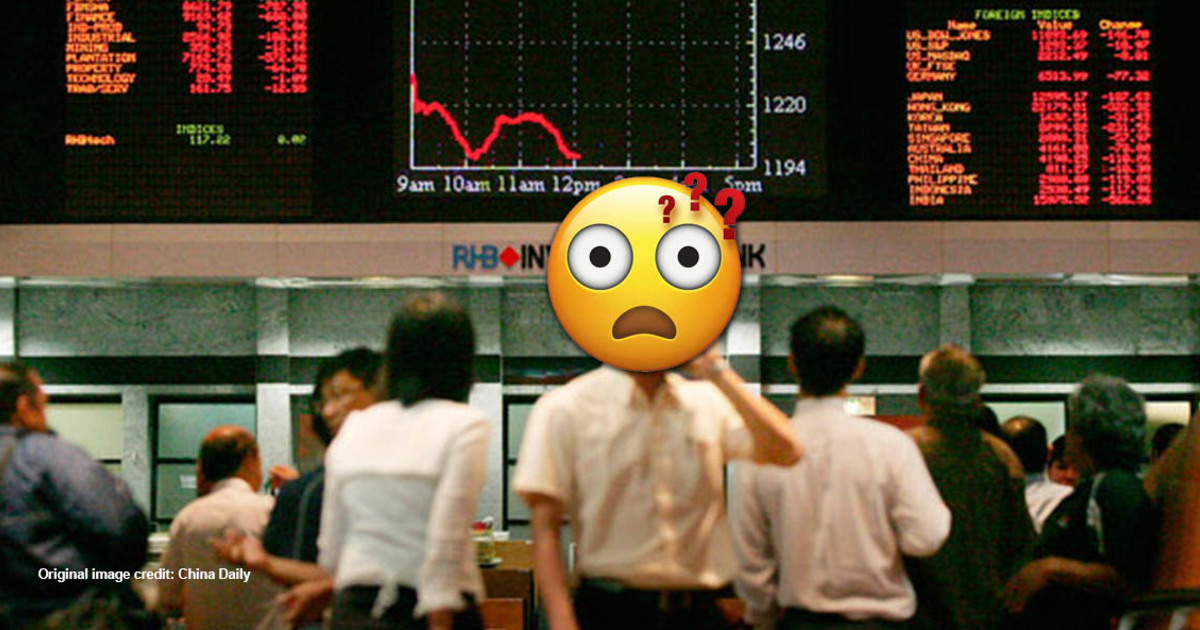 This article was written by Dinesh Sadhwani, a practicing advocate and solicitor of the High Court of Malaya.

"Risk comes from not knowing what you're doing." – Warren Buffett

Imagine that a friend tells you about the proposed initial public offering (IPO) of a company. The company plans to list on Bursa's Main Market and, according to the company’s prospectus, it has a promising future. You are very excited as you have just received a substantial annual bonus and wish to make good use of this money, and making your first investment in the stock market sounds like a good start.

But there’s one problem – you don’t know what any of those terms mean.

If this sounds familiar, you are not alone. In this article, we will discuss some of the general concepts and phrases that are commonly encountered in the stock market. To make it easier to understand and more interesting, we will discuss the concepts and phrases based on the chronological life-cycle of a typical public listed company in Malaysia.

Before we begin, one point to note - while most stock market concepts may inherently be commercial or financial in nature, the concepts are also subject to various Malaysian laws and rules (e.g. Companies Act 2016, Capital Markets and Services Act 2007 and Bursa's Listing Requirements) that apply to companies and the stock market, which won’t be fully addressed here. 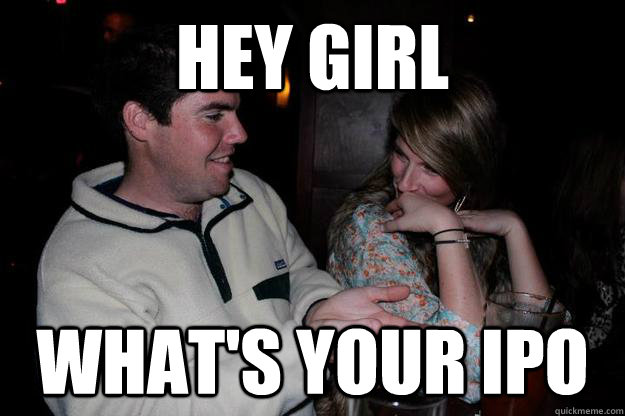 An IPO means that the company is not yet listed on the stock exchange and is now seeking to offer its shares to the public, and have its shares listed on a stock exchange. IPOs are also referred to as "listing", "going public" or "floated".

For most companies that are seeking to launch an IPO, this would most likely be their first attempt. Hence, this explains the "initial" in Initial Public Offering. However, it need not necessarily be the first IPO for every company. There are some companies which have been listed, taken private (explained further when we discuss take-over offers) and later re-listed again. Prominent examples of this in Malaysia would include Maxis, Astro and Malakoff.

To make it more interesting, BMB itself is also listed on the Main Market. You may find this odd at first glance, but it is not uncommon for a stock exchange owner to also be listed, usually on its own exchange. We can find examples of this in other countries such as Singapore (SGX), Australia (ASX) and USA (NYSE).

The SC is the Malaysian securities industry regulator. In other words, the SC monitors the capital markets to ensure that the laws which come under SC's jurisdiction (particularly the Capital Markets and Services Act) are complied with. SC also processes applications involving capital market transactions where SC's approval is required under the law - this includes Main Market IPOs.

The PA will usually be an investment bank or corporate finance adviser that is engaged by the company to advise on the IPO. In addition to the PA, the company will also usually engage other advisers (lawyers, reporting accountants, etc).

This is the part of the IPO that will be offered to retail investors – basically individuals like you and me.

As there are limited shares allocated for every IPO, your application may not be successful and, even if it does succeed, you may not be allocated all the shares you applied for – especially if there is strong interest in the company's IPO.

This is the part of the IPO that will be offered to institutional investors i.e. these are usually insurance companies, pension funds, retirement funds and investment funds.

Some of the major institutional investors in Malaysia may sound familiar to you, such as EPF, KWAP and PNB.

Before explaining this, one crucial point to appreciate about IPOs is that they are dependent on market conditions or investor sentiment. If insufficient investors apply for the IPO, the IPO will be under-subscribed and the company will not be able to raise the amount of funds that it has targeted to raise.

Hence, as part of its IPO, the company will enter into an underwriting arrangement with an investment bank – which is usually the Principal Advisor (see above) or also referred to as the underwriter in this context – whereby if all or part of a certain block of the shares are not subscribed by investors, the underwriter will purchase those unsubscribed shares. The company will have to pay an underwriting fee or commission to the bank for giving this assurance.

A placement or book-building arrangement is basically where an investment bank – again usually the Principal Advisor or also referred to as the placement agent or book-runner in this context – will assist the company or selling shareholders in "placing out the shares" i.e. finding buyers for a certain portion of the shares offered under the IPO.

A prospectus is a document that a company is required to issue when it launches its IPO. The document will contain various information on the company, including its business, directors, shareholders and future plans and the risks involved in investing in the company. The average prospectus usually runs into few hundred pages - so you can be forgiven for not reading or looking at this document. However, it is advisable to read and understand the important parts, including the risks involved.

Let's imagine you were successful with your IPO application and decide to hold on to your shares. Six months after the listing, the company announces a bonus issue. This means that the company will issue new shares to its shareholders - for free!

Before you get too excited, remember one thing - while shares under a bonus issue are free, the value of your holdings will not change (ignoring any movement in the price of the company's shares from the bonus issue announcement date until the bonus shares issue date).

Let's say you hold 1,000 shares in the company and the market price of the shares when the bonus issue was announced was RM5 per share or a total of RM5,000. If the company announces a 1-for-1 bonus issue, each shareholder will receive 1 new share for every existing share. In your case, you will receive 1,000 new shares and end up holding 2,000 shares. When the bonus shares are issued to you and listed, you will see that the company will adjust the price of its shares to RM2.50 (ignoring any change in the price since the announcement). In other words, your 2,000 shares are now still worth RM5,000.

Think of it this way - if a company has a total of 100 existing shares and you hold 10 shares, this means that you hold 10% shareholding in the company. If the company decides to do a 1-for-1 rights issue and issues another 100 shares, you are entitled to subscribe for 10 new shares and will end up holding 20 shares out of 200 shares or 10% of the company's enlarged share capital.

What will happen if you don't? You will hold 10 shares out of 200 shares i.e. 5% of the company - in this case, your interest in the company will drop from 10% to 5% – meaning you have been diluted. You may be wondering - what will happen to your portion of the rights issue if you do not take it up? The other shareholders can apply for extra shares, which will be allotted to them if you do not take up your entitlement. Also, as with an IPO, the company will appoint an underwriter (discussed above) to take-up shares that are not subscribed.

Two years after the rights issue, the company is doing so well that it announces that it again needs further funding. It now decides to do a private placement. This is not very different from a rights issue in the sense that it also involves the issuance of new shares. However, unlike a rights issue which involves a subscription by existing shareholders, shares under a private placement are usually issued to selected investors (who may or may not be existing shareholders of the company) by way of a book-building process (similar to the placement arrangement we discussed).

You may be wondering - why would a company by-pass its shareholders and not do a rights issue and instead raise funds from selected parties through a private placement? There are many reasons and this would require a separate discussion, but one quick reason - compared to a rights issue, a private placement can generally be implemented fairly quickly as the regulatory requirements are relatively less demanding. This shorter timing is crucial if the company urgently needs the funds.

The answer to the first question is that it depends on whether the major shareholders can secure enough acceptances from the 40%. If at least 90% of the 40% accept the offer, the major shareholders can seek to compulsorily acquire the dissenting / remaining shareholders' shares. As to the second question, there are various reasons. One reason could be that the shareholders believe that the company's share price has fallen to an attractive level and it is a good opportunity to privatise the company - and possibly re-list it later when market conditions are right.

We hope this serves as a useful preliminary introduction to general phrases and concepts in the stock market. One thing to bear in mind is that, as mentioned above, the stock market's concepts and phrases are inherently commercial and financial in nature. They may evolve (i.e. new concepts may emerge, old ones fade away and existing ones may transform) as the capital markets evolve.

While this article may give you a little more confidence to set foot into the world of stock trading, it’s still a good idea to keep abreast of developments by using various sources which are cheaply and easily accessible.