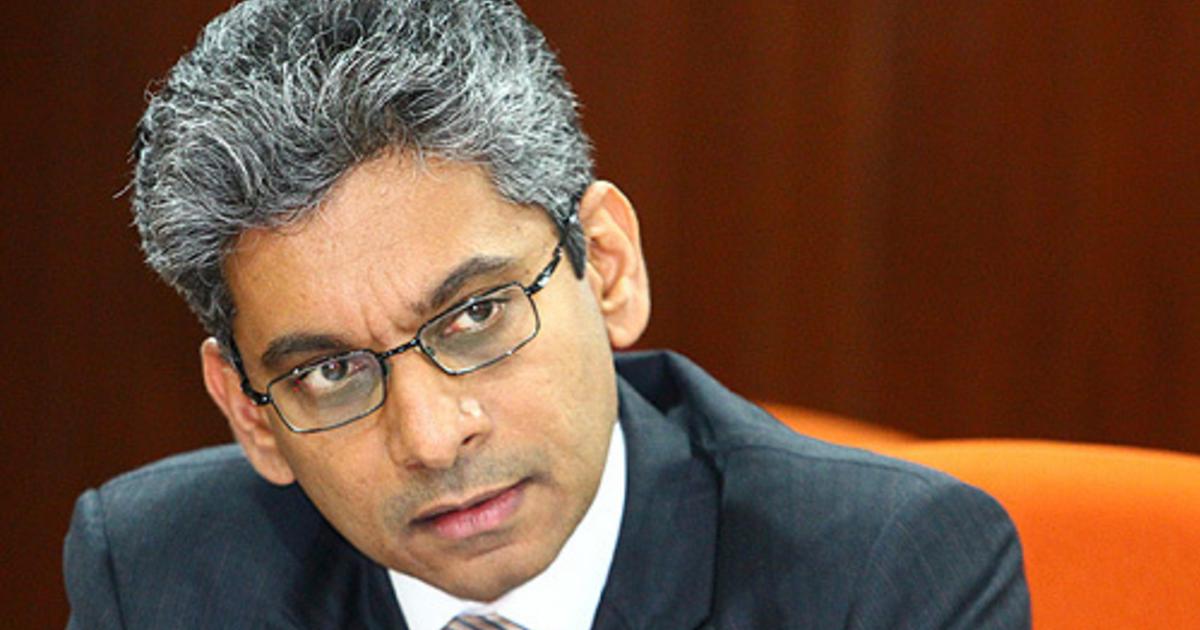 Detention of an accused person subsequent to charge pending the prosecutions transfer application is unjust and unlawful.

NEWS UPDATE The conduct of the authorities in the cases of sacked Umno Batu Kawan deputy divisional chief Khairuddin Abu Hassan and his lawyer, Matthias Chang, leaves much to be desired, said Malaysian Bar Council President Steven Thiru. The misuse of Sosma and criminal procedures for the purposes of alleged Penal Code offences is unacceptable.

The Malaysian Bar demands that the rule of law be respected, and urges that the prosecution against both men be withdrawn and they be released forthwith.

The Malaysian Bar Council President was deploring the "misuse" of the Penal Code and the Security Offences (Special Measures) Act 2012 (Sosma) by the authorities in the recent arrest, detention and prosecution of Khairuddin and Chang, a Member of the Malaysian Bar.

It is inexplicable that both men were charged in the Magistrates Court, said Thiru. Further, it is disconcerting that the prosecution then sought a further period of detention of 30 days pending an application to transfer their cases to the High Court. The Magistrate allowed a detention of 14 days.

Detention of an accused person subsequent to charge pending the prosecutions transfer application is unjust and unlawful, he added. In this case, it appears to be an undisguised attempt to detain both men for an additional period not sanctioned by law.

The international law element cannot be ignored, warned the Bar Council President.  has signed the United Nations Convention against Corruption.

It therefore recognises that international cooperation is necessary in combating corruption, terrorism and other international crimes. It has also launched numerous national initiatives calling on individuals to partner in the effort to end corruption.

As such, said Thiru, it beggars belief that when a person exercises his own personal initiative to ask overseas law enforcement agencies to investigate possible corrupt practices at the highest levels of the government, it is seen by the authorities as an attempt to sabotage the banking and financial system of Malaysia.

In this borderless world, transboundary corruption is a major scourge that requires global partnership and worldwide efforts, said Thiru.  regularly asks law enforcement agencies from foreign countries for assistance. Here is a case of a Malaysian citizen seeking help  from law enforcement agencies in foreign countries  to address alleged cross-border corruption. Some of the parties allegedly involved in this nefarious web of transactions operate in the jurisdictions in which reports were lodged.

Apparently, the charge against Chang attracts additional opprobrium because he has consistently stated that his actions were in his capacity as an advocate and solicitor advising his client. His arrest, detention and prosecution are therefore in clear violation of the United Nations Basic Principles on the Role of Lawyers, which mandates that lawyers not be identified with their clients or their clients causes simply by the act of representing them, said Thiru. It would appear that the chilling effect sought to be achieved by the authorities is to discourage lawyers from acting for known critics of the government.

Its not known whether Bank Negara filed any affidavit in Khairuddins habeas corpus application confirming that the purported conduct by him (and Chang) was indeed an attempt to sabotage the banking and financial system of Malaysia.

Khairuddin and Chang were arrested and detained under Sosma on 18 September 2015 and 8 October 2015, respectively. It was reported that they were being investigated under section 124K (sabotage) and section 124L (attempt to commit sabotage) of the Penal Code. Khairuddin filed a habeas corpus application, which was fixed for hearing on 13 October 2015. It was reported that Chang was about to file a habeas corpus application as well.

Both men were charged on 12 October 2015 in the Magistrates Court, for the offence of attempting to commit sabotage under section 124L of the Penal Code. It has been alleged that the act of sabotage was in relation to the lodging of reports about possible corrupt practices, with law enforcement agencies in five foreign countries  France, the United Kingdom, Switzerland, Hong Kong and Singapore  that was purportedly intended to be a conspiracy to cause harm to the banking and financial system of Malaysia. If convicted, they could be sentenced for up to 15 years in jail. Both men have applied to the High Court to challenge the prosecution against them.