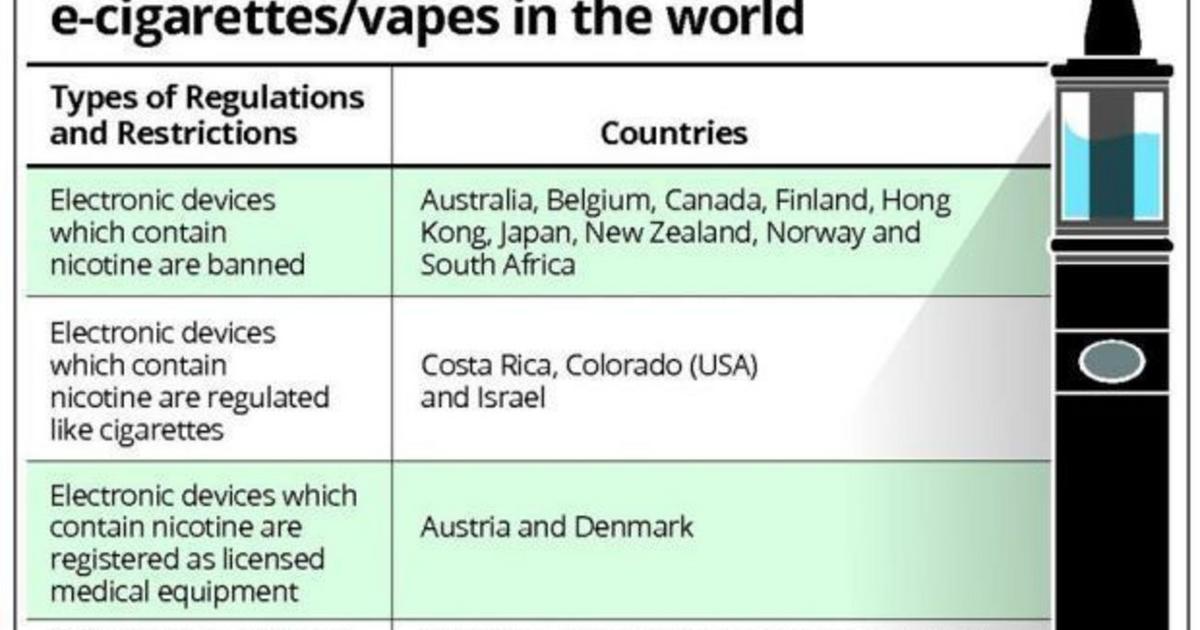 Ban on vape, countries rights to protect its people

over 6 years ago William90

Countries around the world are still grappling with what to do about e-cigarettes. Most are content with regulation – usually disproportionate to the likely risks of vaping – but some take things a lot further, even going so far as to completely ban the sale or even the use of e-cigs.

But, our old post in http://asklegal.my/p/vape-actually-legal, show that vape in Malaysia actually legal as the country has its legal provisions for smoking tobacco indoors under the Food Act 1983 but vaping does not involve the use of tobacco at all.

In this article, we will see the list of countries where vaping was banned.

Rules and regulations surrounding vaping are still evolving, and in many cases the situation is very nuanced: with either bans on sale but not possession or outright bans that are flatly ignored. Additionally, there are many countries around the world with e-cigarette policies, but these aren’t always made explicitly clear.

The countries completely banned is Argentina, Brunei, Canada, Cambodia Mexico, Israel, Brazil, Hong Kong, Panama, Singapore, Indonesia (Proposed), Jordan, Oman, Taiwan, Thailand, Uruguay, Venezuela and the United Arab Emirates. They are also regulated heavily as medical products in Denmark, where they are technically illegal but none have been licensed so far. Some places, such as Finland and Australia, have rules where they can technically be sold, but cannot contain nicotine.

For vapers outside of these countries, knowing about the rules will help you avoid problems when you’re going on vacation, but for smokers in these countries, we can only hope their governments realize just how backwards it is to ban a safer alternative while leaving the more dangerous version on sale.

Futhermore, the poor reasons cited for banning of e-cigarettes are particularly harmful because they essentially leave tobacco as the only option. Realistically, the legislation could be seen as over-protective, but unless it’s accompanied by a ban on tobacco this argument crumbles into nothingness.

Countries should support their citizens’ freedom to choose, and by no means ban something with the potential to save so many lives.