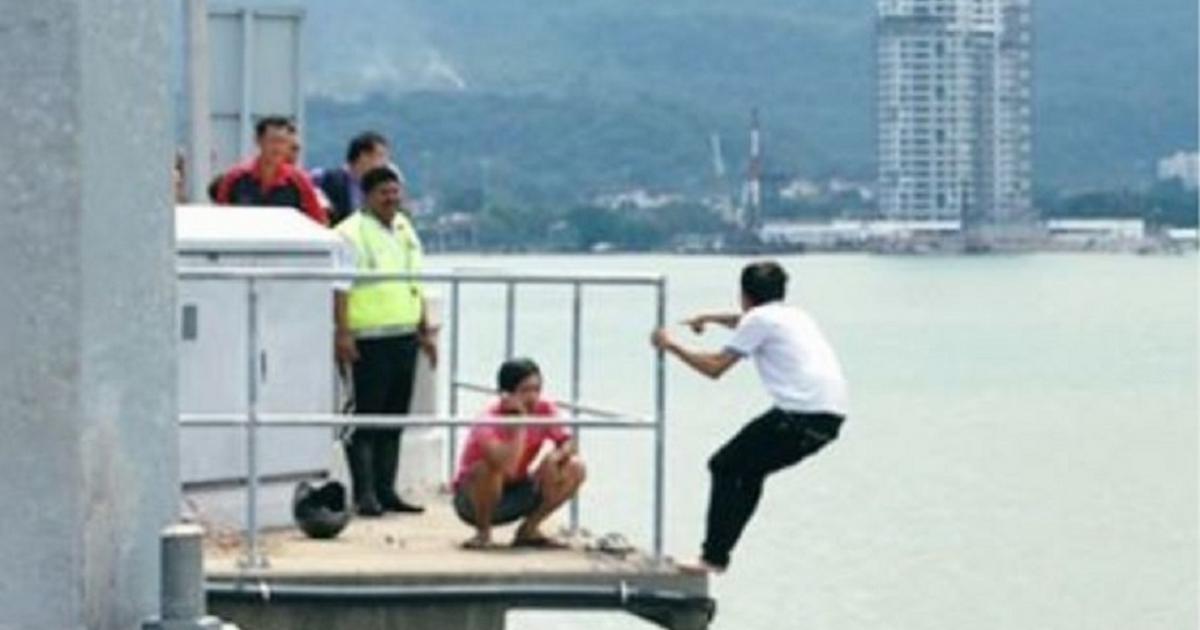 Attempting Suicide In Malaysia Could Land You In Jail

Suicide is a crime in Malaysia

Imagine this - you try to take your own life by jumping off a building or a bridge, but somehow failed.

You are now miserable over the failed attempt and it gets worse as the court of law "rubs salt into your wounds" by prosecuting you for attempted "self-murder".

Section 309 of the Penal Code states any individual who attempts to commit suicide is punishable up to a year in jail, or a fine, or both if convicted.

Section 309: “Whoever attempts to commit suicide, and does any act towards the commission of such offence, shall be punished with imprisonment for a term which may extend to one year or with fine or with both”

University Malaya Medical Centre (UMMC) consultant psychiatrist, Muhamad Muhsin Ahmad Zahari, was quoted in an online portal saying that it takes sometime for an individual to have suicidal thoughts as individuals seldom take an abrupt decision to end their lives.

For those who failed in their suicide attempts, they could end up in jail under Malaysian law.

Prosecution against those who attempted suicide

Even though it is not widely reported in the media, it is not uncommon for attempted suicide cases to be brought to the Magistrate's Courts.

In September last year, Bernama reported a 59-year-old man was charged in court for attempted suicide after being rescued by the Fire and rescue Department from the ninth floor of the balcony of his condominium.

In May 2012, a Somalian was sentenced to two months' jail for attempting suicide after he tried to stab himself with a knife.

Every now and then, there will be news of individuals attempting to jump off the Penang bridge, up to a point where the Star newspaper ran an interview of a tow truck service runner, Tan Chin Leong, who have rescued a significant number of people who tried to leap off the bridge.

Ganga said those who attempted suicide need counseling because they are already in a negative state of mind.

Dr Muhsin stated that individuals who attempted "self-murder" should not be treated like criminals because this approach is not helpful since suicide happened due to mental illness such as stress or psychiatric disorder.

With experts sharing similar opinions that it is not right to prosecute someone who attempts suicide, this issue ought to be brought up for discussion by the government and relevant authorities.

Is it necessary to punish someone with jail sentence after they have escaped the death?

If you have suicidal thoughts, talk to someone close - be it your family or friends.

If you notice someone close to you showing signs and symptoms of depression, spend more time to understand their feelings and find out what is bothering them.

The next time you read about someone attempting suicide, don't be quick to judge. Instead, show them compassion.