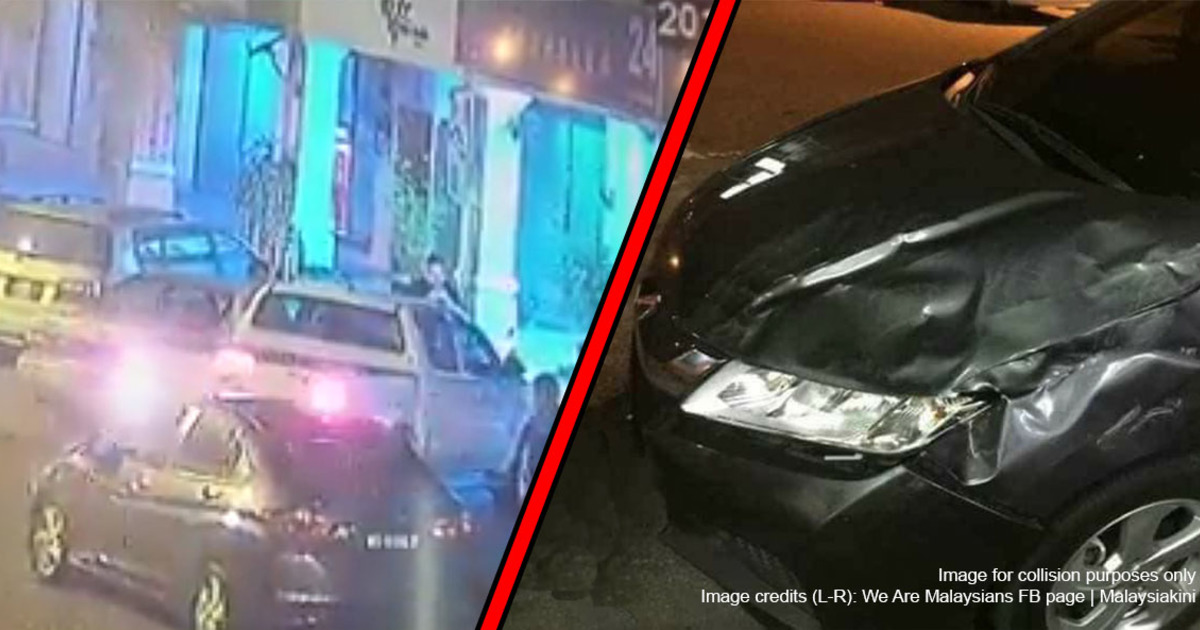 If you hit a double parked car in Malaysia, who's wrong?

over 5 years ago chiahoong lim

Most Malaysians are no strangers to double parking, and it’s a topic that everyone has an opinion about since it has the potential to incur mind-boggling amounts of frustration. We may remember an incident from 3 years ago where a frustrated driver reversed his 4WD into a double parked Myvi that was blocking him. There’s also other incident where an enraged lorry driver rammed into 18 cars that were blocking his way.

While there is a certain satisfaction in seeing/watching this happen, not all of us have the nerve (or the money) to do what the 4WD or lorry driver did – although such thoughts would have crossed our minds as we sat honking, waiting for the owner of the double parked vehicle to move their wheels from blocking your exit.

You might also be wondering whose fault it would be if you hit a double-parked car, whether by accident or on purpose. After all, the car wasn’t supposed to be there in the first place, right?

Actually, it will still be your fault

Regardless of whether it was on purpose or an accident, you’ll still be held responsible. Let’s address the scenario where you hit the car on purpose first.

You might not be happy with this answer because you’re probably thinking they’re in the wrong for double parking in the first place – in fact, you’re probably doing society a favor!

Alas, this form of vigilante justice does not hold up in the eyes of the law. If you hit a double parked car, you can be liable under LN166/59 Rule 10 of the Road Traffic Rules 1959 (Falling asleep while driving or failing to control your vehicle’s movements well), where you will be slapped with a summons of RM 300. There is no copy of this available online, unfortunately.

And remember the lorry driver we mentioned earlier? He was charged under Section 43(1) of the Road Transport Act 1987, which provides:

He could’ve been fined between RM4,000 to RM10,000 along with possible imprisonment for a term not exceeding twelve months.

On the other hand, if it was an accident, it would still be your fault based on the assumption that there was enough space for you to pass through, or that you could see it reasonably well before you reached it. However, this may be dependent on the specific circumstances and it would be up to the police to make the final call.

But wait – The double parked car is ALSO at fault!

Don’t worry, they get their just deserts too. Federal traffic police chief SAC Mahamad Akhir Darus said that not only will the double parked car get towed, the driver will be fined RM300. In addition to that, people who double park can be liable under Section 48(1) of the Road Transport Act 1987 which says:

This means that any person who stops their motor vehicle on any road, in a dangerous manner or may inconvenience other road users, can be slapped with a fine between RM1000 and RM5000, a jail term of not less than 1 year, or both.

So what is the right thing to do if you get blocked by a double parker?

So it comes down to this. Yes, you’re still at fault if you hit a double parked car, so don’t do that. Instead, you should call the local municipal council (MBPJ, DBKL, etc.) or the traffic police to tow the car away.

Of course many people would ask questions like, “What if it takes too long for action to be taken?”. Federal traffic police chief SAC Mahamad Akir states in the same interview that he understands the public’s concern, but the law is still law. He added that the people should not take the law into their own hands and let the police handle the matter. A similar opinion is also shared by a police officer interviewed by ASKLEGAL (who prefers to remain anonymous) for this article:

“People want convenience, but at the cost of the convenience of other people, intentionally or unintentionally. This phenomenon (double parking) is not a new one, by any means, but it has been growing exponentially in the past 10 years. It could be a symptom of a larger problem and that has to be addressed. In the meantime, people should not act upon their emotions and damage double parked vehicles that are blocking their way, and instead rely on our public officers.” – Anonymous police officer, in interview with ASKLEGAL

And if you’re the one doing the double parking, leaving your phone number on the dashboard goes a long way in making someone’s day a little less frustrating.