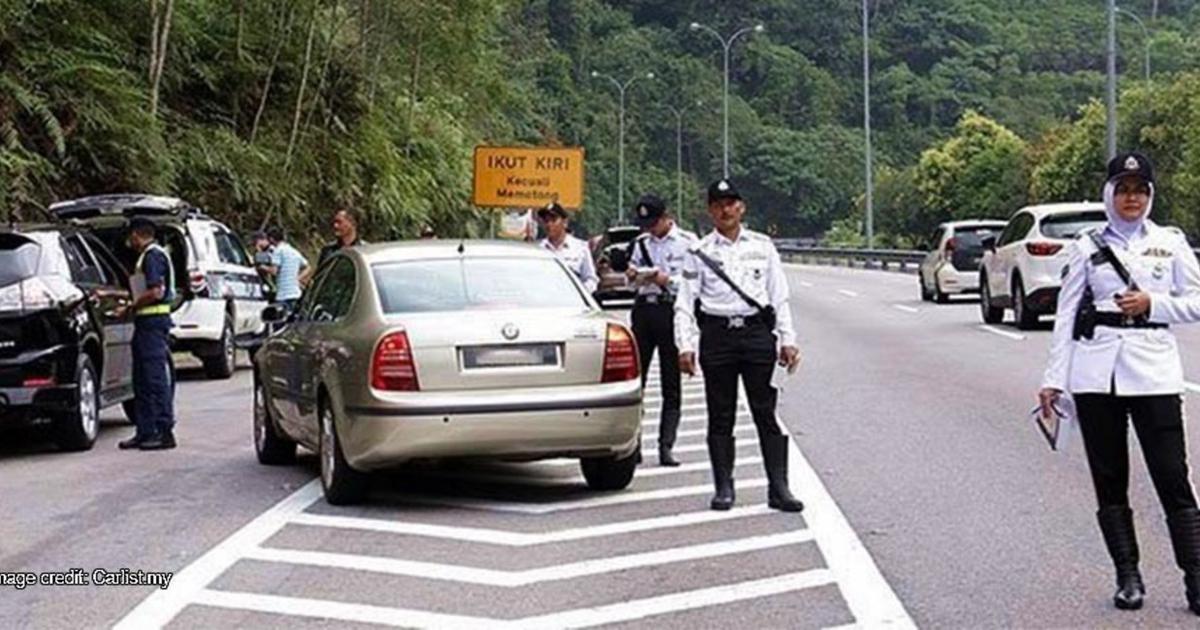 In April 2014, The Star Online reported that Malaysia ranked third highest in the world in terms of car ownership percentage, clocking in at a rate of 93%. Naturally, this massive amount of car ownership, when coupled with the tremendous amount of traffic on Malaysian roads everyday, warrants the creation and enforcement of an elaborate host of traffic laws and rules.

Many of us are aware of a good deal of these laws. For example, if you happen to be reading this while driving or while stuck in traffic, you know you're doing something illegal.

However, not all of them receive time in the spotlight – such as the 5 laws stated below, which you may very well be overlooking on a daily basis!

1. Not carrying your car’s certificate of insurance with you


Oh, yes. It is a perfectly well-known fact that you must carry your driver’s licence with you at all times when on the road.

Did you know, however, that you should also have your vehicle’s certificate of insurance within reach while driving? This law is contained in Section 58 of the Road Transport Act 1987, and is illustrated as follows:

Section 58(1) of the Road Transport Act 1987 - Duty to produce driving licence and certificate of insurance:

“Any person in charge of a motor vehicle on a road shall, on being so required by any police officer, any traffic warden or any road transport officer, produce the certificate of insurance issued in respect of the vehicle under section 90:”

Section 58(3) further goes on to explain that:

“If any person fails to comply with this section, he shall be guilty of an offence.”

Not sure if you can find your certificate of insurance in time to carry it with you during your drive to work tomorrow morning? 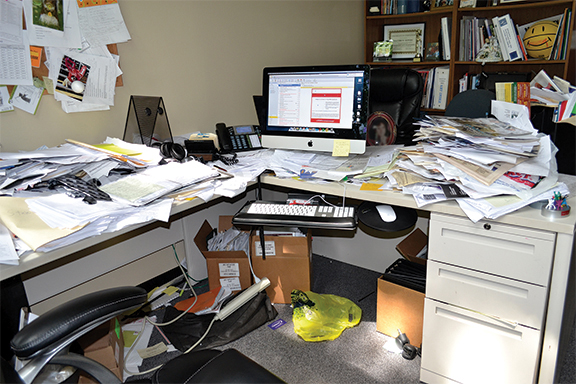 Finding your certificate of insurance on a desk like this is certainly not the stuff of sweet dreams. (Image Credit: World Of Buzz)

Fret not. The same section also makes an allowance of sorts for owners and drivers, stating that if you are unable to produce this document on the spot, there is a grace period of 5 days that is given to you to produce it at a police station that is to be specified by you when the request is first made. This is elaborated specifically in Section 58(1) of the Road Transport Act 1987:

“Provided that no person shall be convicted of an offence against this section by reason only of his failure to produce the certificate of insurance if, within five days after being so required, he produces it at such police station as may be specified by him at the time of such requirement.”

2. Driving with large objects or children on your lap

This is expanded upon in the Road Transport Act 1987, through the following section:

“If any person driving or in charge of a motor vehicle causes or permits any person to be carried on the running board, or otherwise than within the body of the vehicle, or causes or permits any person to stand or to sit, or anything to be placed or to be carried, in a motor vehicle in such a manner or in such a position as to hamper the driver in his control of the vehicle, or as to cause danger to other persons using the road, he shall be guilty of an offence.”

It’s easy to see why this law is in place. When driving, our legs and bodies should be free and not weighed down by anything with substantial weight or size. This allows for quick reactions, especially in sudden circumstances – like hitting your brakes to avoid crashing into a car that suddenly swerves into your path on a road.

3. Not wearing your seat-belt when sitting in a rear seat

Wearing your seat-belt while sitting in the rear seats of a vehicle may seem like a tedious challenge to your freedom and backseat adventures, but – surprise, surprise – it is legally required. This may be a fairly familiar law to some, but we certainly don't see the harm in providing a friendly reminder! 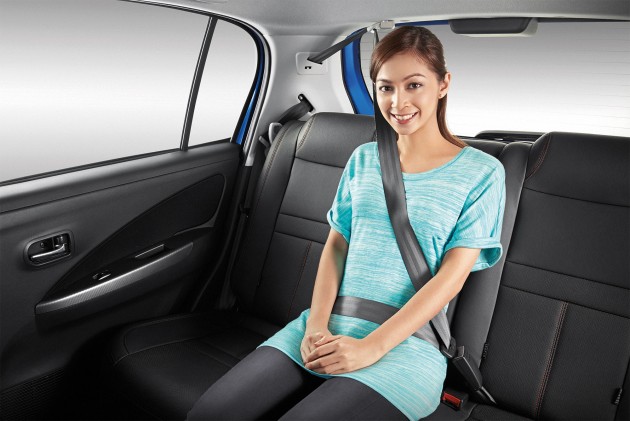 Buckle up in the rear seat, and that smile will come easily and safely. (Image Credit: Paul Tan’s Automotive News)

In 2009, the installation of rear safety seat-belts in vehicles was made compulsory through an amendment to the original Motor Vehicles (Safety Seat-Belts) Rules 1978, highlighting the following:

Section 4A of the Motor Vehicles (Safety Seat-Belts) (Amendment) Rules 2008:

“Subject to rule 7, every person in the rear seat of a motor vehicle to which rule 2A applies shall wear a safety seat-belt in the manner required by its nature and construction from 1 January 2009.”

If you are wondering what rule 2A is in this context, it refers to the rules stated below from the same act:

“(1) Subject to rule 6, every rear seat of a motor vehicle shall be fitted with a safety seat-belt with three built-in anchorage points located in the best position for such fitting."

Both sections combine to tell us that it is not only compulsory to install rear safety seat-belts in your car if you car was registered from 1 January 1995 onwards, but also to fasten the said seat-belts when sitting in the seats in question.

According to this set of rules and Jabatan Pengangkutan Jalan (JPJ), drivers of cars will be fined if they have no rear safety seat-belts installed, and if a passenger who is sitting in a rear seat does not use his or her seat-belt, he or she will be fined instead.

4. Not declaring your change of address

Amidst all the excitement that comes with moving to a brand new home, please do not forget to inform the traffic authorities of any changes to the address that is connected to your vehicle ownership and driver’s licence.

Failure to do so within a period of two months from the time of that change could get you into a great deal of hot soup, as emphasized in the following section of the Road Transport Act 1987:

“Every registered owner of a motor vehicle or holder of a driving licence who changes his address in Malaysia shall, within two months of such change, serve on the Director a written notice of the change of address.”

This change can be done through your local post office, or by visiting the JPJ branch that is nearest to you.

There is no wriggling your way out of getting caught for having an outdated address either. This is outlined in Section 58A(5) of the Road Transport Act 1987:

“Any person who contravenes subsection (1) or provides an incomplete or inaccurate address shall be guilty of an offence.”

The best course of action? As soon as you have moved into a new establishment or home, make registering your new address with the traffic authorities as much of a priority as sorting out your electricity and WiFi supplies.

5. Installing flashing lights on your car

The Road Transport Act 1987 explains that when modifications are made to a car, they must be of a legal nature. In the event that they aren’t, they may be called in for inspection and review before further action is taken against the offender:

Section 12(1) of the Road Transport Act 1987 - Inspection of motor vehicles and information to Director General:

(d) that the weight, dimensions, character, construction, colour, identifying particulars or seating accomodation have been altered after the registration thereof.”

In line with this, the JPJ website states that installing any form of flashing lights on your vehicle – aside from those used for turning signals – is an illegal modification, and will be considered an offence:

"Prohibited modifications to vehicles include:-
5. Flashing lights installation on the vehicle's front and rear (except for turn lights and warning light)."

As such, it’s perfectly fine to want to change bits and pieces of your personal chariot with the aim of making it unique to you. Just remember not to break any rules - or be too flashy, in this case!

Am I breaking more laws that I am unaware of?

A recommended way for you to familiarise yourself with the rules and laws that govern car ownership and driving in Malaysia is to check JPJ’s website regularly, as well as paying attention to updates in the news about developments in these areas. After all, laws are revised on a fairly frequent basis, and traffic laws are no exception, as they must be relevant to the society of today.

Plus, ignorance isn't seen as an excuse in the eyes of the law. So, just remember that safety comes first – and when it comes to traffic laws, knowledge certainly gives you the power to stay safe and out of trouble!