What (legal) powers do security guards in Malaysia have?

Guarded neighbourhoods and high-rise buildings have become commonplace in Malaysia. But we sometimes still get annoyed by the inconvenience of having to register at the guardhouse every time we go visit family and friends. We follow the rules because hey, we don’t want strangers barging into our own residential area either. However, this MMA fighter from USJ was quite disgruntled that the security guards in USJ1 were told not to let him in.

Obviously, security guards are not the same as Malaysian police, but what can they legally do in their duties? What legal power do security guards have to check your identity and keep you out? We did some digging and interviewed Bryan Ng Yih Miin, partner from law firm Dee, Netto, Fatimah & Ng to provide you a visitor pass into the world of security guard laws.

“Security agencies are also known as Private Agencies under the Private Agencies Act 1971. They are governed by the Ministry of Home Affairs (MOHA) and it is compulsory for these companies to obtain a license from the Ministry. The license comes with terms and conditions as well as guidelines of the dos and don’ts for security guards.” - Bryan Ng in e-mail interview with ASKLEGAL

1. Yes, guards are allowed to record your information

You heard it, guards can ask to check your identity and record your details. However, they cannot keep your NRIC, driving license, or passport. The Ministry of Home Affairs issued a regulation in 2007 prohibiting security firms from retaining any personal identification documents, which also clarifies that they are allowed to check and record your identity, but must return your documents immediately after. Unless they have written permission from the Director General of the National Registry, only registry officers, the police, customs officers, and army personnel may request and retain your identification documents.

“Only those persons mentioned under Rule 7 of the National Registration Regulation 1990 are entitled to conduct checks on the identity of a person and request for identification.” - Bryan Ng in e-mail interview with ASKLEGAL

To be clear, you're not required by law to give them your information. You can and should check what your information will be used for and who they are (in case of someone pretending to be a guard for example).

EDIT: The PDRM put up a Facebook post on 16 November 2018 verifying that security guards have no right to ask for or keep your IC. As for what should be done by the guards instead, the PDRM wants security companies to find alternatives to record the details of visitors. If a security guard asks for your IC, you can inform them that they are not allowed to do so. But if you’re met by resistance, don’t counter, but call the police or make a report instead.

2. They can hit suspects to prevent harm 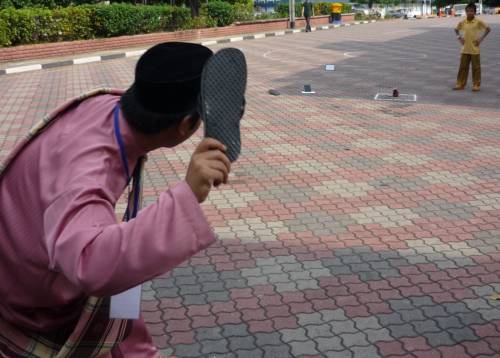 Remember Dzul: hit the can, not your brother! Image from NKKhoo.

Lawyer Bryan Ng explains that the Ministry of Home Affairs can grant special powers for guards to do their duty. Otherwise, security guards are regarded as common citizens and are governed under the Penal Code and Criminal Procedure Code just like you and me.

Whether the guards can hit someone will depend on whether the force is needed. Was someone or something under threat? Protection of people and property is allowed under Section 97 of the Penal Code, though subject to Section 99(4), that no more harm should be done than necessary to stop the threat. So a guard is allowed to hit a suspect to stop them, but he cannot continue beating the suspect up after that. 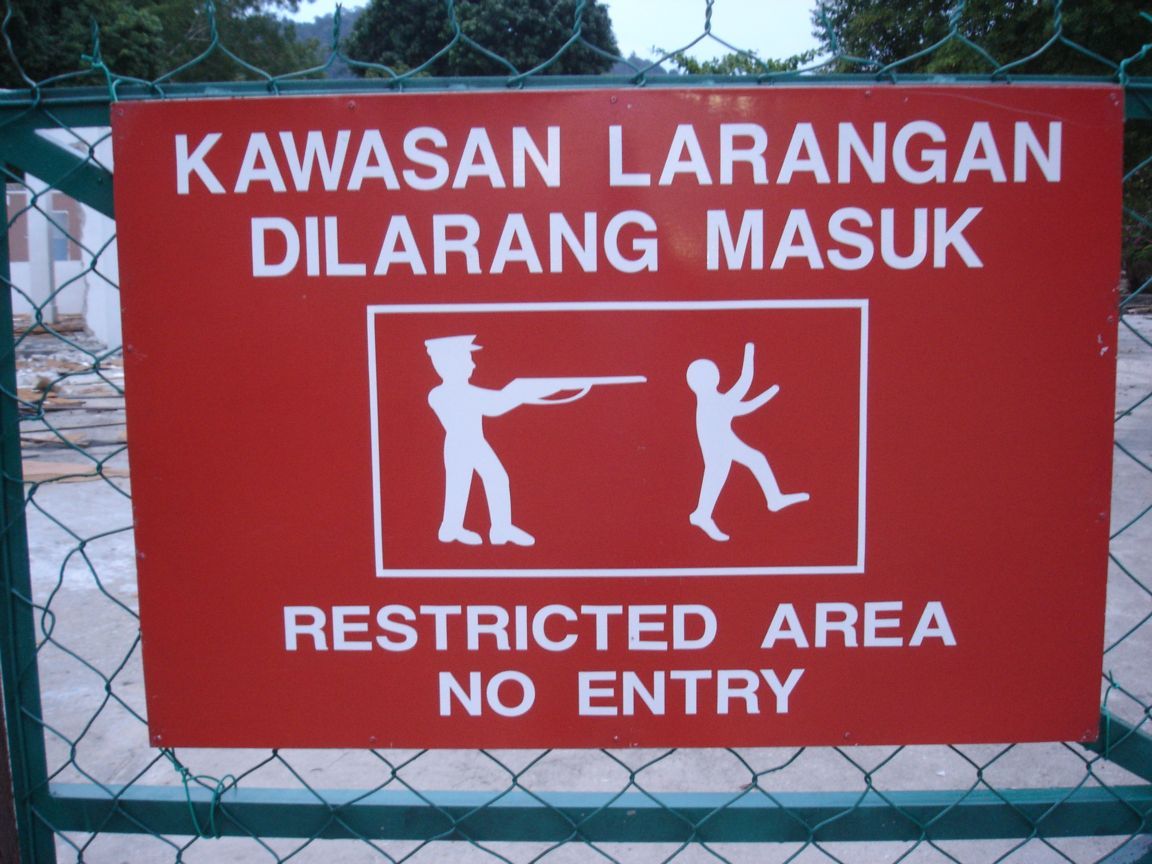 Okay they might not shoot you, but they can certainly tie you up. Image from pilotsofamerica

If someone trespasses on private property that security guards are guarding, they may perform a “citizen arrest” under Section 27 of the Criminal Procedure Code and restrain the trespasser. They must then without unnecessary delay hand over that person to the police.

Just like ordinary citizens, guards are also allowed to arrest criminals that commit “seizable offences”. Seizable offences are offences that the police may arrest for without a warrant according to Section 2 of the Criminal Procedure Code. These are usually offences that involve life, serious injuries, break-ins, and drugs. If you need to inform any security guards of what this list includes, you can find it in the First Schedule of the Criminal Procedure Code. The third column states whether a warrant is required for arrest.

4. They can also bar entry to private property

Security guards are allowed to bar unauthorised persons from entering the private property they are in-charge of. Note that this does not include the roads in most housing areas unlike in high-rise buildings and gated-and-guarded neighbourhoods which are privately owned.

“In the event of high rise buildings, barring of a resident could happen when the resident does not pay the sinking fund. The management corporation of the high rise building may deactivate the electromagnetic access device under the Third Schedule of the Strata Management Act 2013.” - Bryan Ng in e-mail interview with ASKLEGAL

If someone forces their way through, especially if using a vehicle, Bryan Ng suggests that guards call the police immediately as it is dangerous to try and stop them. 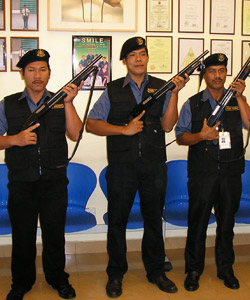 You’ll have noticed some key locations like banks and jewelry stores have armed guards stationed. They are governed under the Arms Act 1960 whereby armed guards must be individually issued an arms license and permit. They are only allowed to discharge their weapon for the protection of life or property under Section 39 of the Arms Act.

According to rules set by the Ministry of Home Affairs, security firms must have a License A for firearms that is issued to the company by the PDRM, and each armed security guard must have their own Carry & Use License.

They are people just like us, doing their job protecting others

In short, security guards already have the same right as anyone else to perform their duties. They just use it a lot more often than most of us. When it comes to any disputes you may run into with them, exercise any rights you may have but don’t attack them. Because then they have a right to guard against YOU!

[READ MORE: What to do if you get attacked in public]

Funny enough, the vape industry players are the ones asking to be regulated and taxed

Funny enough, the vape industry players are the ones asking to be regulated and taxed